Live drawing will be done by Tomotaka Shibayama, director of A Whisker Away, and Koji Yamamoto, President of STUDIO COLORIDO will be sharing insights and secrets of the Studio’s high-quality 2D animation. 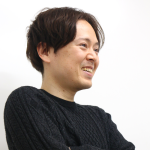 Joined Studio Ghibli as a cel painter and made contributions in the work, “Spirited Away.” He eventually started off his career as an animation artist. He has done many works in A-1 Pictures by utilizing his promising techniques and rich expressions.  He is now one of the main creators in Studio Colorido. In 2020, he debuted as a director by releasing the first animated feature film, “A Whisker Away” released on Netflix.