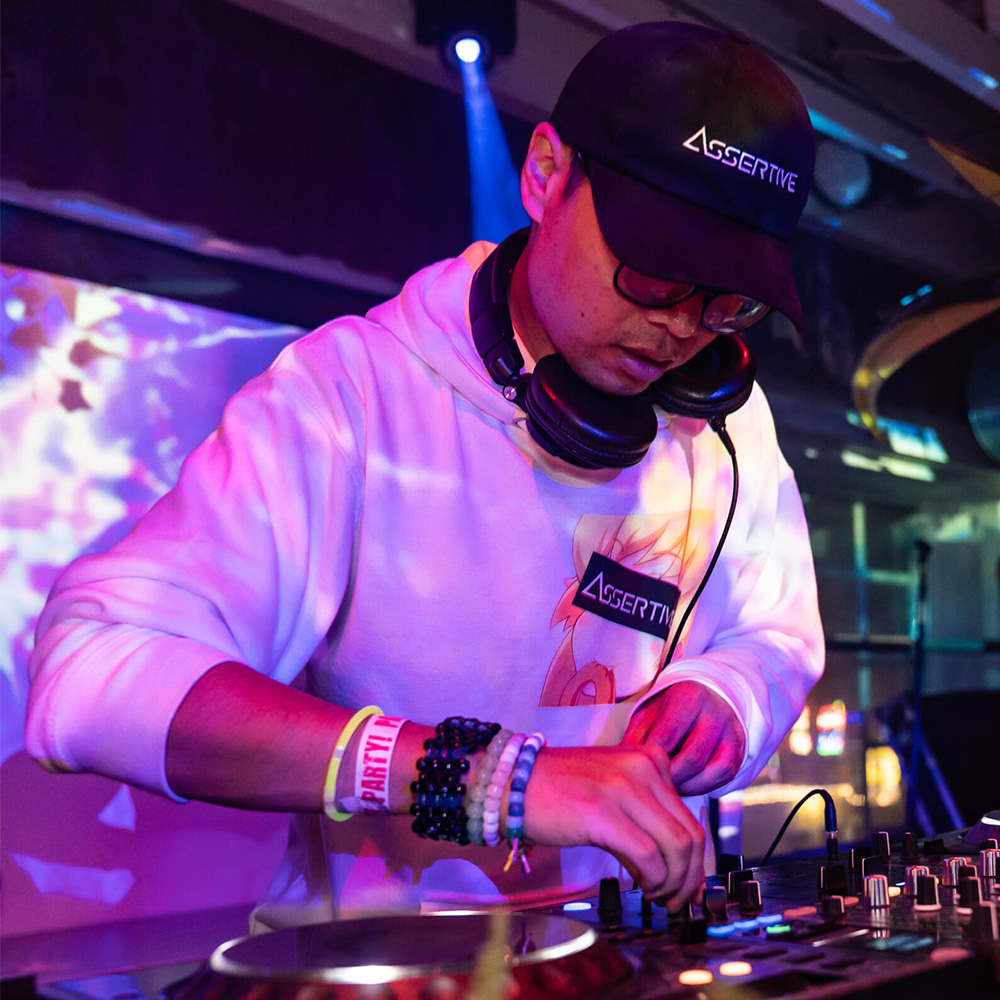 Assertive is a hardcore producer/DJ from Canada, currently residing in California.

He has released original tracks on several compilation albums such as MEGAREX’s Techcore Evangelix series and also often makes hardcore bootlegs. His bootleg (with Mitomoro) of “Shelter” by Porter Robinson & Madeon has been supported by Porter Robinson himself, as well as getting Kizuna AI’s seal of approval on his remix of her track “Hello, Morning”.

With experience DJing several times in Japan, including at the legendary club MOGRA, he is excited to bring the Japanese Hardcore/J-Core experience to AX Chibi this year! 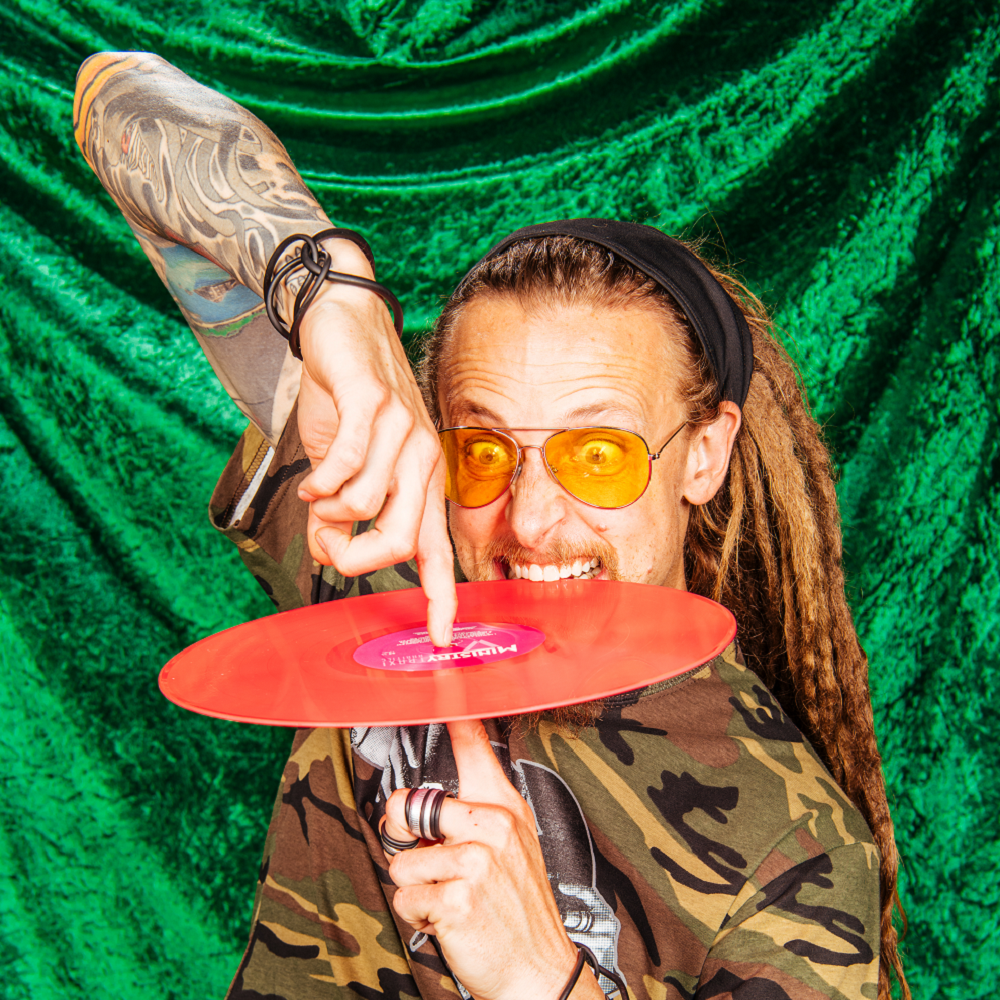 Focused on internet filmmaking and providing Special FX Makeup, Props, Costumes and Sets for the Mega64 team. Been hosting panels at anime and gaming cons all over the US and Podcasting forever. Host of the weekly Poorly Played Stream on twitch. 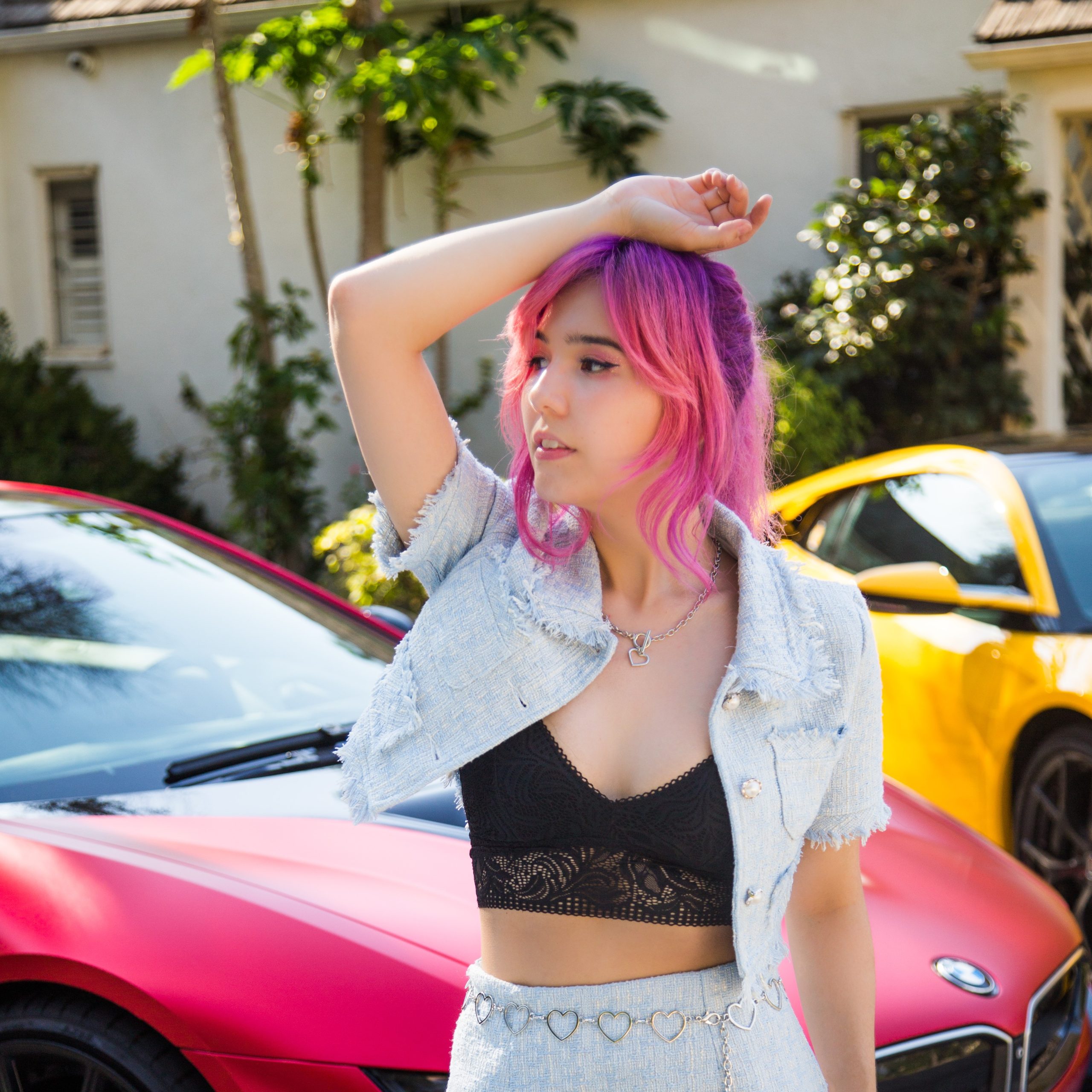 Eririn is a multi-genre vocalist, cosplayer and Vtuber idol from Los Angeles, California and can often be heard performing at Anime cons and music festivals! Specializing in singing in Japanese, Eri’s known for her catchy original music just as much as her stylistic covers of her favorite anime songs. She has shared a stage and toured not only with Japanese idol groups, but also trained and collaborated with active Japanese seiyuu and singers. In addition to her solo activities, Eri is also the lead vocalist of music project Astellium!

Be sure to catch her appearances at Anime Expo Chibi Lounge 21! 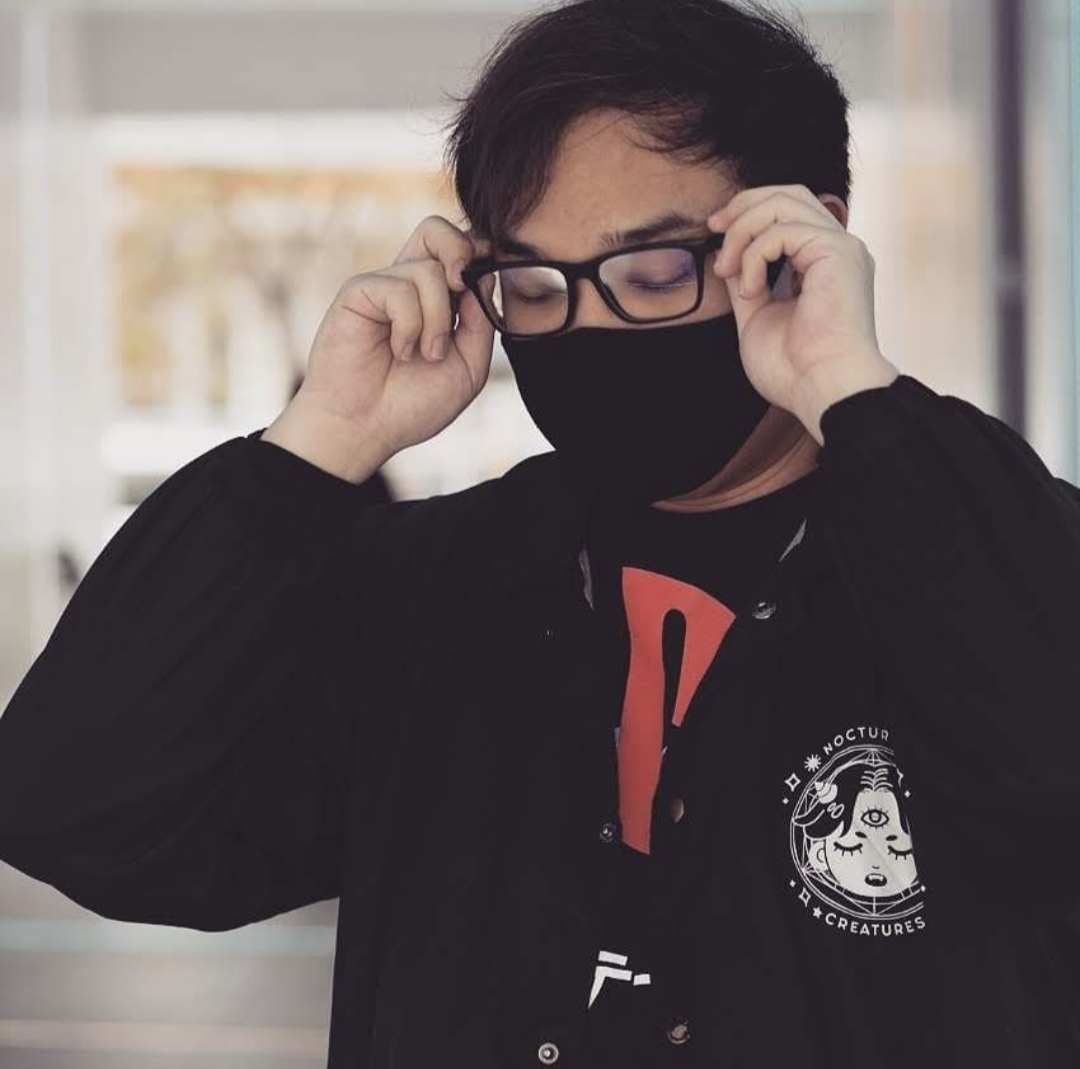 hiero. is a beatmaker and DJ hailing from the Silicon Valley. Passionate in mixing the brighter side of EDM, including: Electro, Color House, & Future House. Giving a feeling of optimism within his performances. He’s also drawn in by VTuber culture, dropping music and remixes by popular streamers.

hiero. has a vast experience with performing in Japanese fan events, originally debuting in AX 2018, continuing on to FanimeCon, and BARCon. As well as co-running his own shows such as Prism Power and d.Kai. 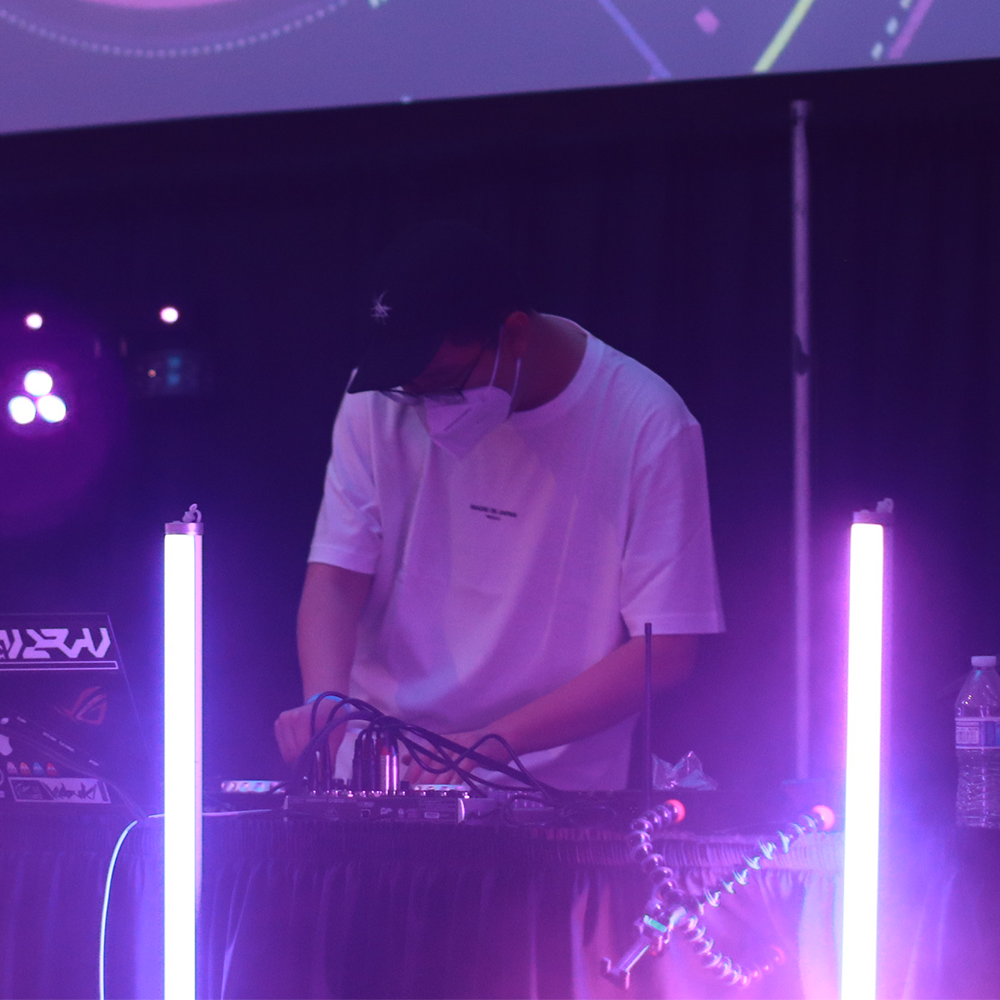 HYPERLOCK is a DJ and producer based in Los Angeles, California.
With a lot of his roots stemming from inspiration towards a plethora of electronic music, especially those found in the Japanese doujin music scene, HYPERLOCK has crafted for himself a style of sound that can be described as euphoric, energetic, and nostalgic. This is best reflected in his works such as his most recent EP Halo Skies and tracks from various other projects, as well as a magnitude of remixes and bootlegs for tons of those said inspirations.

With years of experience DJing in real life as well as in the virtual space, he aims to create a live experience that is both energetic and emotional, combining a flow of styles and genres into a seamless mix true to his sound. Holding this goal in mind, HYPERLOCK is always excited to share his new original music and remixes as well as his favorite music from other artists and inspirations to a live audience. 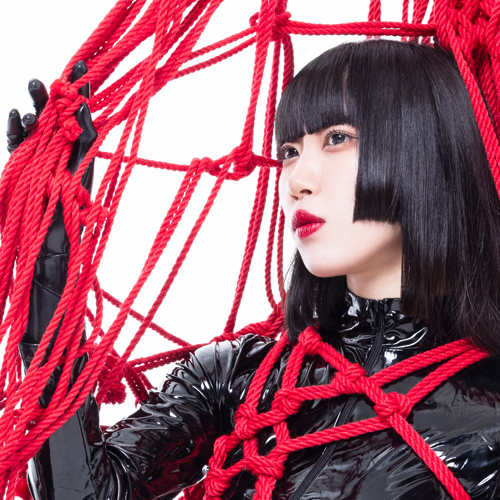 Isiliel is the solo project of Himari Tsukishiro (NECRONOMIDOL). Mixing diverse genres like folk, blackgaze and city pop, Isiliel will express hitherto unexplored depths of pathos and beauty on stage.

Himari has performed as an idol for over 5 years, completing 9 international tours across 10 countries. Isiliel launched in 2021, with the first CD single “Seizon Senryaku” released July 2022. Himari is known for her love of anime/manga and actively cosplays. She is currently portraying the character Persephone in the stage performance “Makai” alongside Hikaru Shida of AEW and Ladybeard. 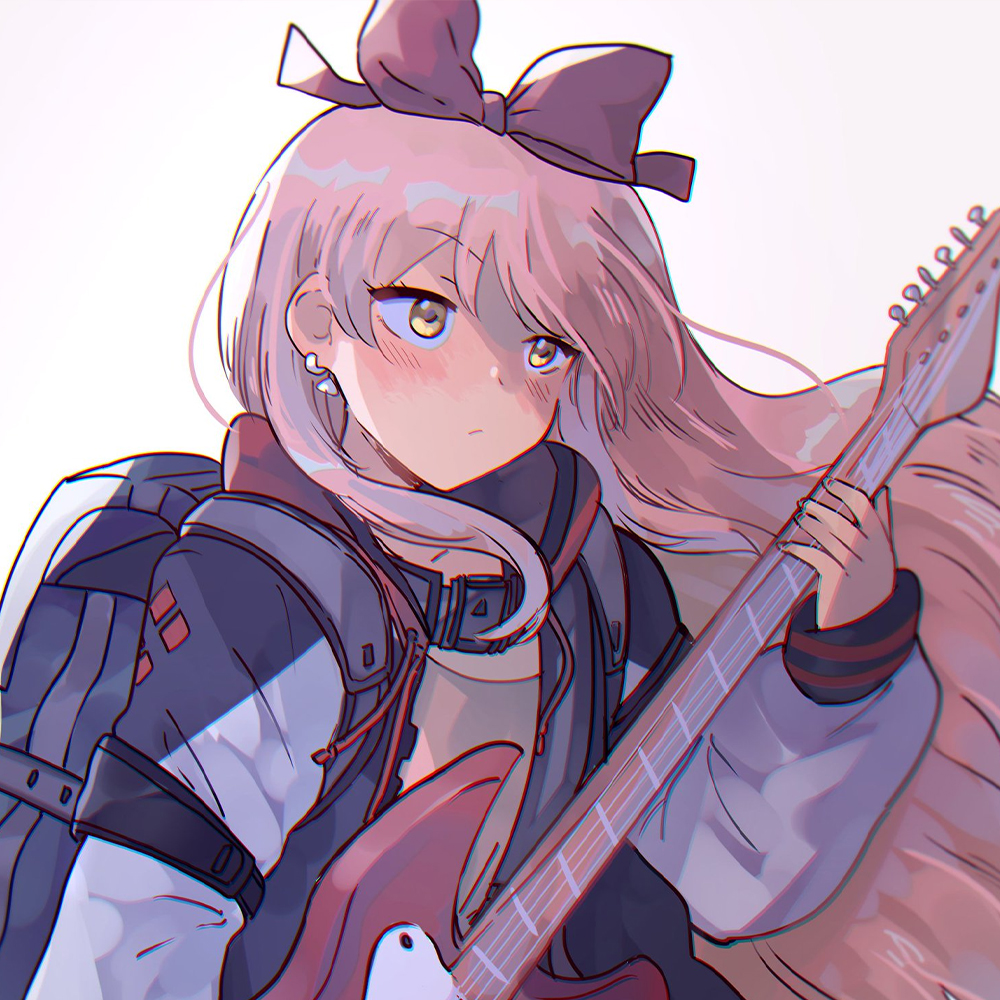 Kotori is a bass music artist hailing from Seattle Washington. Having influences ranging from Punk Rock to Ambient Music; their work holds pretty and melancholic soundscapes whilst also delivering energetic and hard-hitting bass. Having releases on record platforms such as Never Say Die, Bassrush, Rushdown and more; Kotori has made themselves a mainstay in the dubstep sphere.

Kotori’s 2021 project “Birdhouse” distinctly combines all of Kotori’s past and current influences to demonstrate how multi-faceted their style can be. Pulling inspiration from anime and video games, Kotori’s aesthetic aims to convey the sense of beauty found in a dilapidated post-apocalyptic setting, and expresses the bittersweet freedom that can be found from within a state of solitude. With each Kotori project comes a narrative and story, leaving you with a visceral experience that separates them from their peers in the dubstep genre. 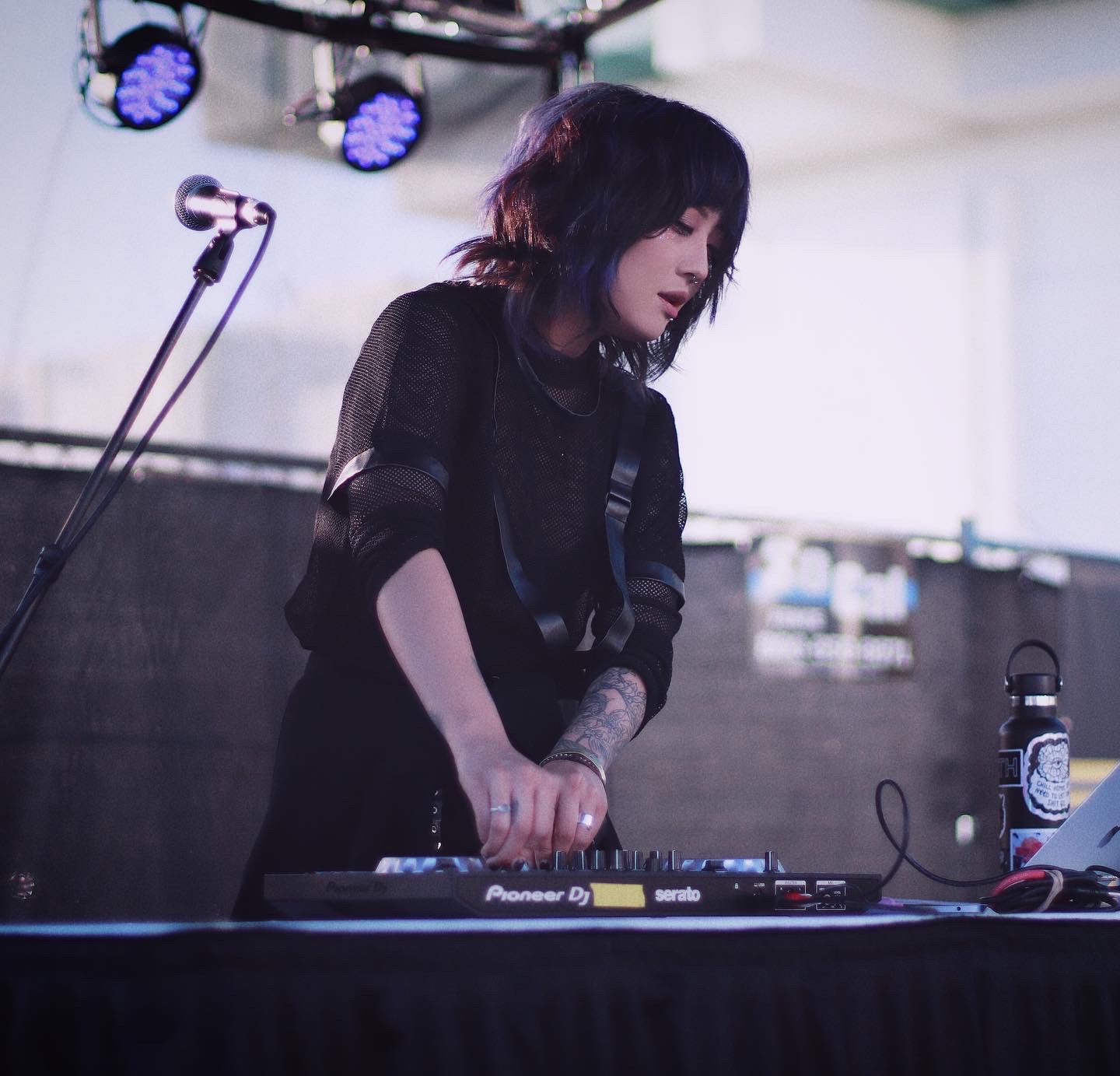 Nekomi is a multi-talented musician with skills as an accomplished DJ, vocalist and guitarist, playing songs both solo and as part of a band, as well as having produced numerous successful tracks.

As a DJ, Nekomi uniquely combines anime and J-pop with dubstep, trap, and industrial goth. Being an avid fan of anime, she also often mixes cosplay and thematic visuals seamlessly into an exciting, in-character performance. 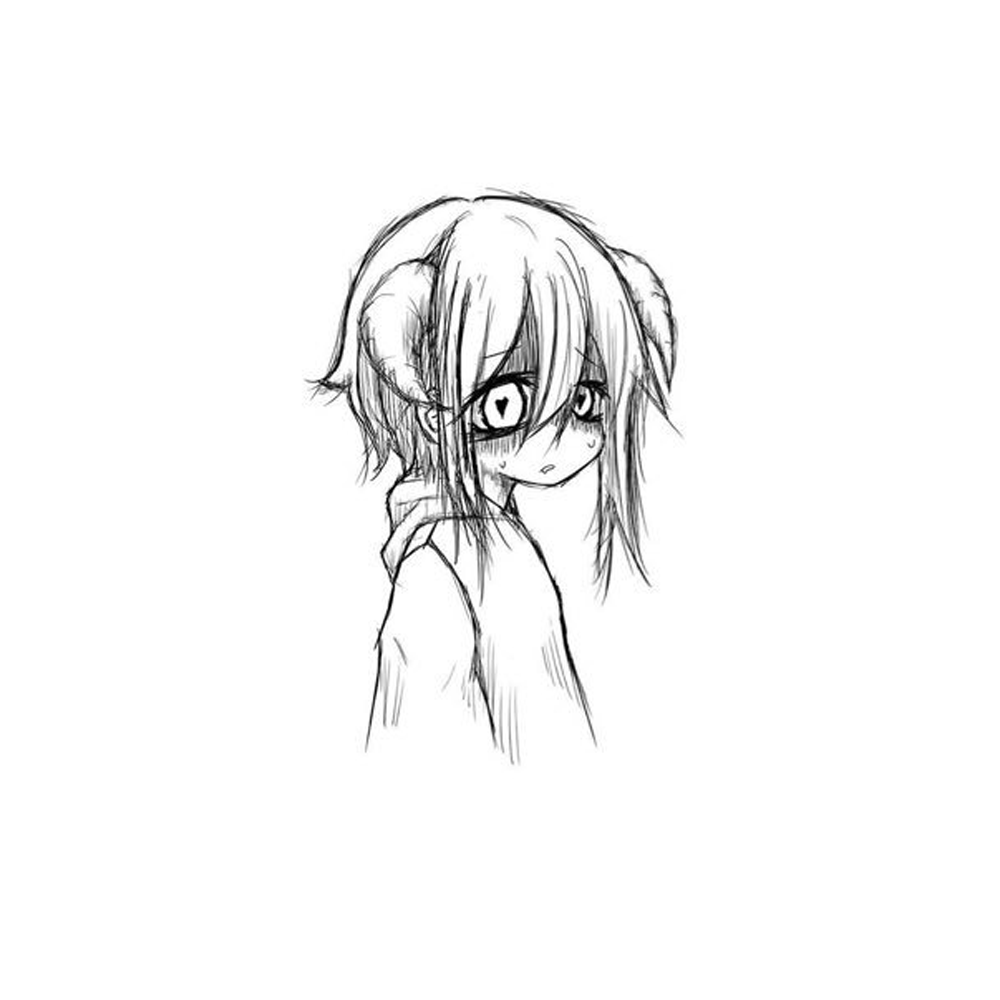 Slappy is a multi-genre producer, beatmaker, and DJ hailing from San Diego, California. Known for his style of electronic music ranging from upbeat dance tracks to chill beats, he has made a name for himself in the underground anime-inspired electronic SoundCloud scene, having done notable work such as producing remixes for the likes of Hatsune Miku/Anamanaguchi and as well as collaborating with many Japanese artists.

As well as being a prolific producer, he is also part of the popular alternative electronic collective NOVAGANG, whose music focuses on more experimental rap and pop. 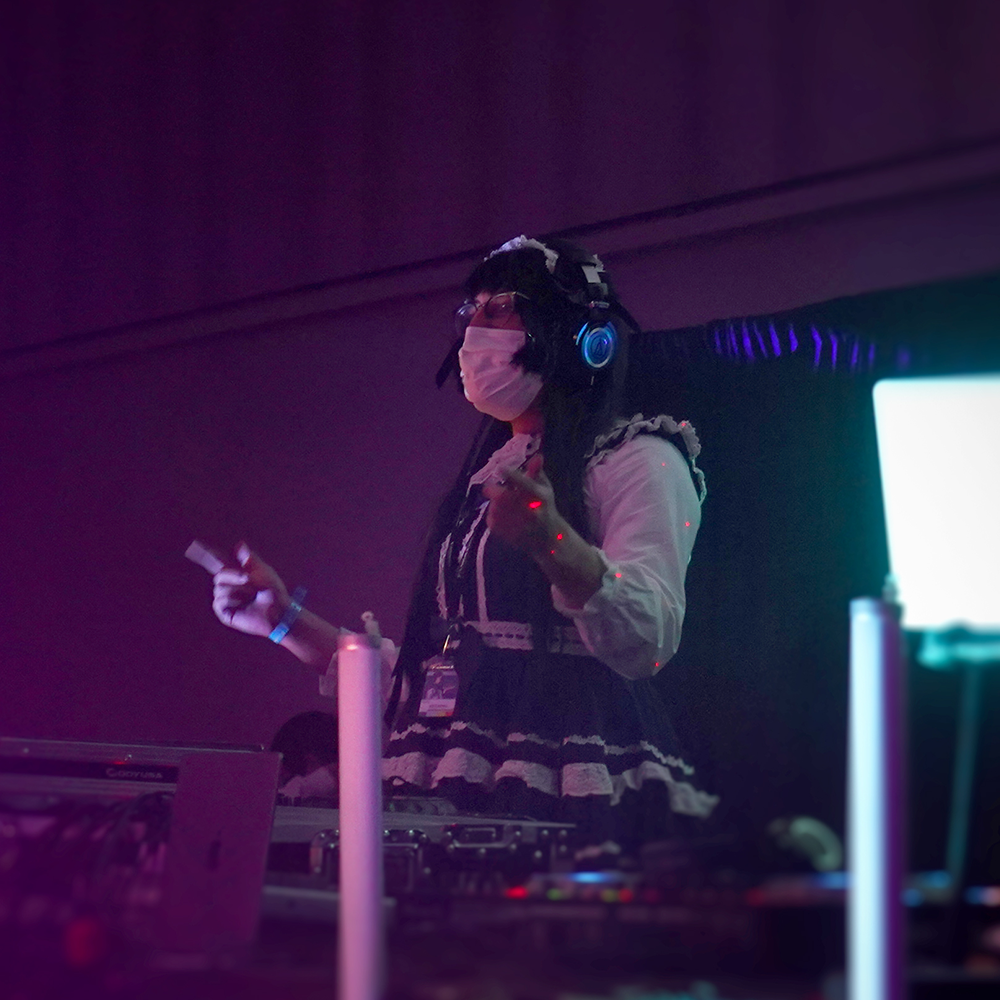 Syntho is a moe-bound darkweb DJ that draws sounds from breakcore, drum and bass, club, ket donk, and werks. Syntho curates sounds from all across Japan, capturing the moe spirit. Inspired by acts like DJ Newtown(Tofubeats), Silvanian Families, and the sounds of Japan’s Netlabel and doujin music scene.

Syntho showcases the sounds of the Japanese Otaku underground. In Los Angeles, Syntho can often be found DJing and organizing local anisong events. In Japan, Syntho co-organizes an event called “AnimeltUP” in Akihabara, an Anikura event focusing on global talents. 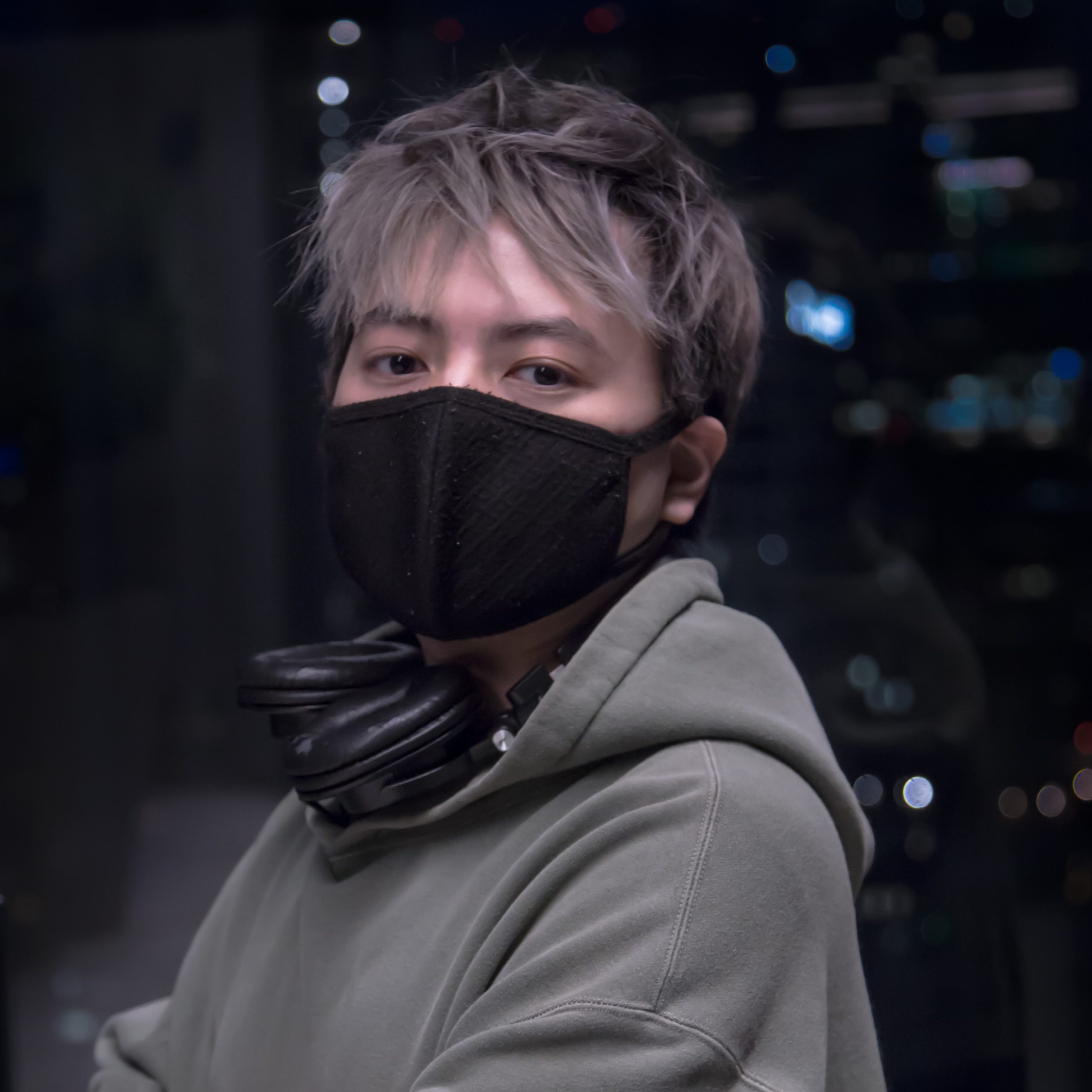 Based out of Los Angeles, California, Welksie is a producer/DJ passionate about storytelling and technical musicality, whose sets weave together traditionally divergent genres to break down boundaries between cultures and people alike.

Welksie has shared stages with established performers such as Diana Garnet, Mii, Eririn, and Haruko Momoi–as well as performing for premiere concerts including Burning Asphalt, Ithaca, Fanime, and Anime Expo.

Welksie is also residing producer/DJ of the music project Astellium. 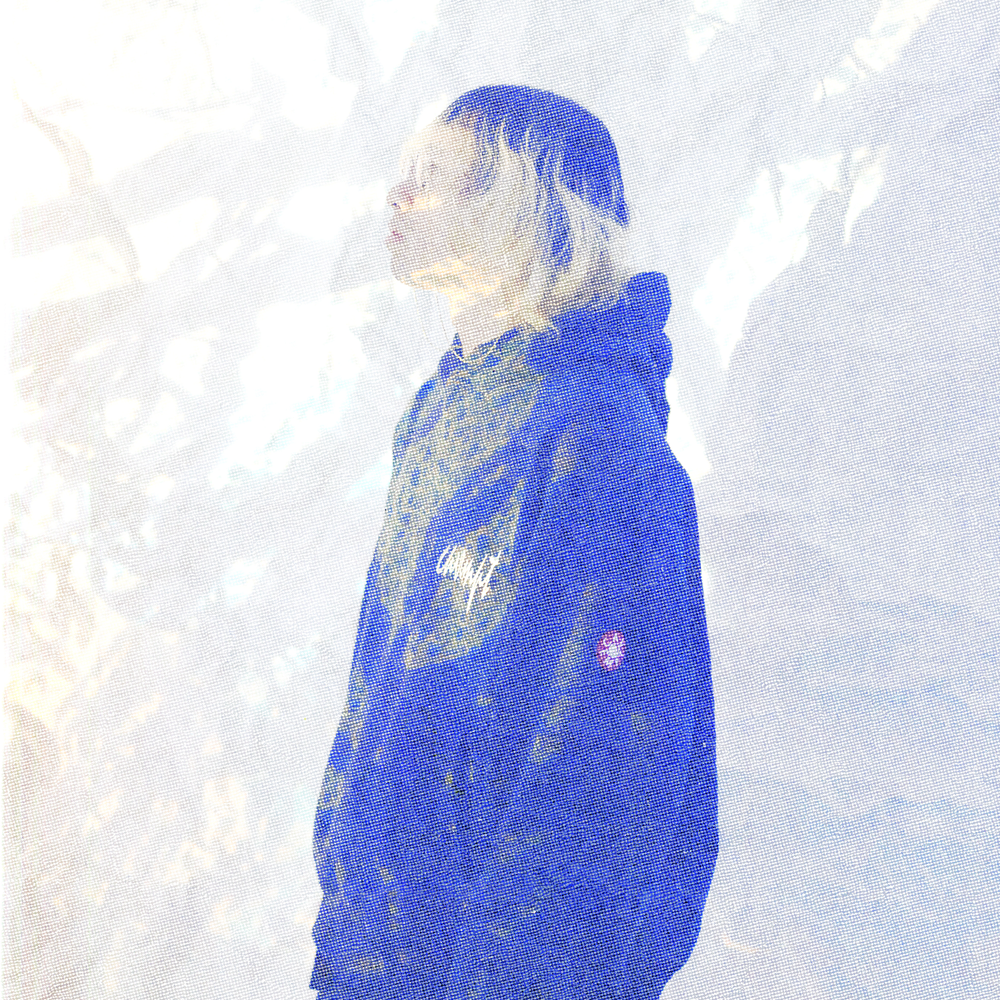 yuna yuna is a trackmaker and DJ based in San Francisco, California. They’ve been creating music and DJing since 2014. Ranging from Uk Garage, Jersey Club, Baile Funk, Bass Music, and Footwork, yuna yuna is focused on creating a unique, fun sound to their DJ sets and music.