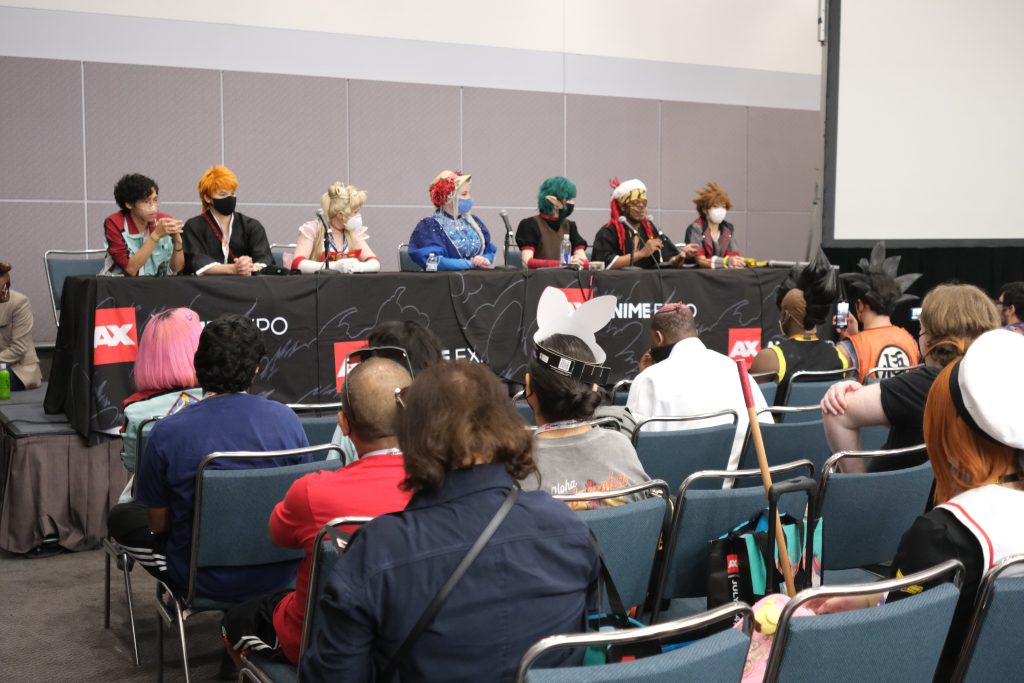 Embrace your fandom and share it with the world

Fan Panels are attendee-run discussions and presentations that run the gamut of teaching fellow attendees anything and everything anime, manga, and Japanese pop culture.

Interesting in holding a panel? Please see the Host a Panel page for more information on how to apply.

Examples of Past Panels

Calling all JoJo's Bizarre Adventure enthusiasts! Come learn about and discuss Hirohiko Araki's works, answer trivia questions about the manga, and show off your best JoJo poses for the chance to win prizes. We will be discussing all parts of the series, but spoilers for later parts will be kept to a minimum.

A battle of wits as the audience's knowledge of Pokemon is put to the test for a chance to win awesome prizes. Do you want to be the best like no one ever was? Come show off your skills in the one of a kind live Pokemon Gameshow!

Deep Dive into Ghost in the Shell the Live Action

A 1v1 tournament where 16 contestants will try to guess the anime, including the song and artist from a 10 second clip of an anime opening. Those competing will be selected through raffle and each contender gets to choose a life line, extending the song or having an assistant through raffle. Songs will range from modern hits, old school classics and obscure treasures. There will be an assortment of prizes for the winners.

In this Panel, Professional Audio Engineer and YouTuber Victor Frost will take you from start to finish through the wonderful Universe of Steven Universe!